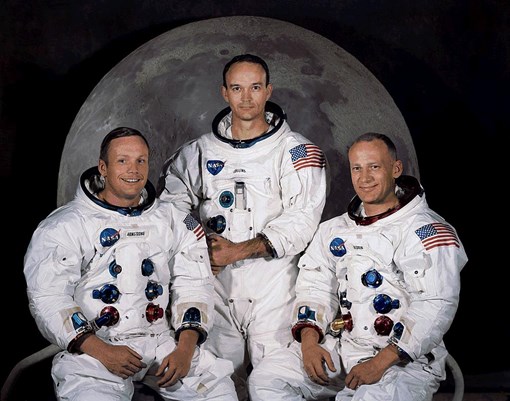 During the past 50 years polyester film has made many advances, has been behind many innovations and has helped to develop the world we live in today. Reaching many heights and achieving many awards it has even reached 238,000 miles far beyond the edge of the Earth. On 20th July 2019 it will be 50 years since Neil Armstrong, Buzz Aldrin and Michael Collins took that infamous trip and set out in Apollo 11 on the mission to the Moon.

DuPont's many products played their part in the development of the spacesuits worn and bringing the astronauts back to earth as part of the construction of the command modulewhich helped protect the crew and the module from the heat of re-entry.

According to historic data 20 of the 21 layers in each space suit were made with DuPont inventions, including DuPont™ Nomex® fiber, Teflon® fluoropolymer, Kapton® polyimide film and DuPont Teijin Films Mylar® polyester film. Several alternating layers of Mylar, Dacron and Beta Marquisette shields the astronaut against thermal radiation. The layers also served as a barrier against possible micrometeoroid impacts. 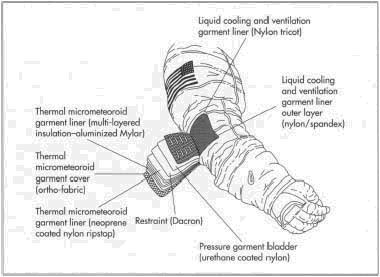 Command Module Thermal Protection - The inside of the command module must be protected from the harsh extremes of the external environment and most critically the intense temperatures of re-entry to the earths atmosphere and this is done by the heat shields. The heat shield has several outer coverings one of which is a silver Mylar® thermal coating which looks like aluminium foil. 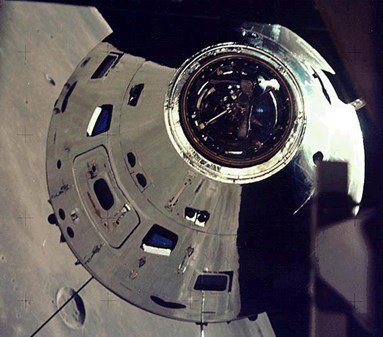 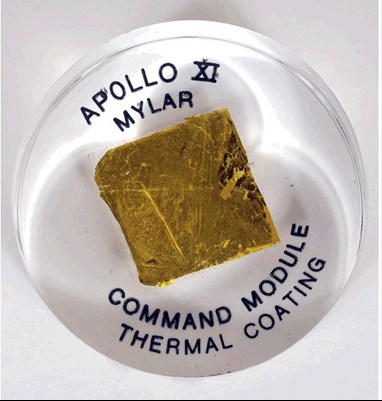 Here's to the future of innovation and development in polyester - who knows how far the next 50 years will take Mylar® !